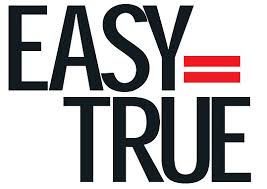 The Psychology of  Cognitive Load:

To improve the user experience  it is essential to understand how visitor behaviour is influenced by cognitive load. User behaviour is largely intuitive and is heavily influenced by how easily a task or goal is achieved. This means having a clear visual and information hierarchy to minimise friction and reduce cognitive strain.

Visual design matters because there is no such thing as a neutral design. It may be the imagery on the landing page, the familiarity of games, or the tone of voice used to encourage sign-up. Potentially everything we display can affect how visitors respond and the cognitive load that it places on the user. Conversion rates will suffer if the user experience creates cognitive strain because people are naturally lazy and look for the path of least resistance.

We know that people use their fast, largely automatic and unconscious mind, to make most of their daily decisions (see System 1). This means behaviour is often impulsive because it employs rules of thumbs (heuristics), such as stereotypes. It also jumps to conclusion to minimise cognitive load. Some of the key short-cuts that our mind uses are: When we need to undertake mental activities that require concentration and control, such as complex calculations, our intuitive self activates our slower, more conscious mind. Our slow mind is also activated when something is detected that doesn’t fit in with our model of the world that our fast mind maintains (e.g. something appears too good to be true).

This is why people often shun offers that are perceived to be too generous. People become cynical and assume there must be a catch. So don’t give away too much or reduce prices well below the competition as it may be counter-productive.

Much of the time our slow mind will confirm what our intuitive mind tells it as we don’t like to experience internal conflict. However, our conscious mind is also activated when we need to:

The paradox here is that when our slow, conscious, mind is engaged in dealing with a challenging cognitive computation we are more likely to give into temptation. So don’t have a bag of sweets with you when you are playing a skill-based game if you want to have any left for later.

“If there are several ways of achieving the same goal, people will eventually gravitate to the least demanding course of action. In the economy of action, effort is a cost, and the acquisition of skill is driven by the balance of benefits and costs. Laziness is built deep into our nature.” Daniel Kahneman from Thinking, fast and slow.

Our slow mind has limited capacity. Concentration and computations quickly depletes our reservoir of mental energy resulting in mental overload. Our slow mind responds to this by focusing solely on the most important activity. When this occurs we can become completely blind to other stimuli. The case of the gorilla walking across the basketball court is a frequently quoted example.

On a website cognitive load can result in visitors failing to see the primary call to action or an error message that informs them about a non-responsive user interface.  Fortunately for website designers as people become more adept at a task the energy required diminishes. This means we can allocate more resource to other activities and we notice more content on a site. However, this is of little help to the first time visitor and is another reason why unnecessary content can increase cognitive load and  kill conversion.

A key trigger for our slow mind taking control over our decision making is cognitive strain. This can be caused by a number of factors including:

So, why does this matter? Well, if we are suffering from cognitive strain this can create friction and we are generally:

The danger here is that increasing cognitive load creates sufficient uncertainty and negative feelings about a site (i.e. friction)  that visitors will not feel comfortable enough to sign up or make a transaction. It is human nature to avoid uncertainty because it makes us feel uncomfortable.  This is partly why site security and trust indicators can be reduce anxiety.

On the positive side reducing cognitive load can improve your conversion rate by making content appear more familiar and so visitors are more willing to consider signing up or making a transaction.

So what other factors can result in cognitive strain that we need to avoid when designing a web page?

Asking visitors to switch from one task to another (i.e. multi-tasking). Have a clear hierarchy of calls to actions and keep distractions, such as requests for information, to a minimum.

Time pressure. Some sense of urgency can encourage visitors to complete a task. However, be careful not to give visitors so little time that they feel pressurised or the site times-out while they are looking for information you have asked them for. You will just annoy customers and they will probably go elsewhere.

Asking for too much information at once. Divide tasks, such as sign-up, into smaller, easy steps.

Difficult to pronounce words. Easily pronounced words evoke positive feelings whilst the opposite is true with words that we have difficulty saying.

Unfamiliar ideas or words. If something is unfamiliar we are more suspicious and critical of it. Due to associations in our memory people are generally more accepting of familiar ideas and phrases.  Avoid using jargon or technical terms as you will frighten off novice players who don’t understand what the terms mean. Similarly repetition leads to cognitive ease because it results in a feeling of comfort and familiarity.

Mood. As mentioned above if we are in a bad mood we are prone to cognitive strain. However, websites can counter this problem by using humour in their content. Experiments by social scientists have shown that smiling can lead to cognitive ease.

Choices involving trade-offs that create conflict. Asking people to make choices that involve trading-off attributes (e.g. two different welcome packages), that lack a compelling reason to select either option creates conflict and makes decision making difficult. Emotionally it is not pleasant as it forces us to think about opportunity costs and the losses implicitly involved. Introducing a third, noticeably inferior option, provides a comparison that makes it easier for people to make decisions.

Too many options. We are often told giving people choice is good for people. However, Hick’s Law tells us that as the number of alternatives that we offer people increase so also the positive features associated with the discarded options accumulate. People find it difficult to forget about the rejected options and choice almost always involves giving something up of value. Research indicates that shoppers who are shown a larger display are less likely to buy. Further, evidence suggests that the cumulative opportunity cost of having increased choice can result in reduced levels of satisfaction with a purchase.

A key insight from this is that cognitive ease is a cause of feeling good, but also a consequence. Feeling good also leads to us to be more confident that we understand information and to judge content as truthful. The opposite is true with cognitive strain and not surprisingly decisions that create discomfort lead to indecision.

Thank you reading my post. Please leave comments or feedback below to help us improve our posts.

The Paradox of Choice: Why More Is Less (P.S.)