The New Coke Story – Why did New Coke fail?

New Coke, or Coke II as it was rebranded, is known for being the biggest marketing mistake ever. Why did New Coke fail when Coca Cola spent $4 million on development? The company conducted over 200,000 taste tests and  commissioned numerous focus groups and surveys which executives claimed showed consumers preferred the taste of New Coke to that of Coca Cola.

At the end of the Second World War, Coca-Cola dominated the full-calorie cola market in the US with around 60% market share. However, this gradually declined and by 1983 Coca-Cola’s market share had fallen by over half to 24%. This was largely down to strong competition from Pepsi which improved its distribution in supermarkets, but supermarket own brands also contributed to this decline.

Consumer preferences were also changing.  In the 1980s people were buying more diet and non-cola soft drinks, many of which were owned by Coca Cola.  This meant that the market for full-calorie cola drinks was already in decline when in 1984 Coca-Cola’s senior executives decided they had a problem. Pepsi’s market share was continuing to grow, and if maintained it would overtake Coke by 1990. Executives at Coca-Cola perceived  this to be caused by two main factors.

In the 1974 Pepsi had introduced the “Pepsi Challenge” – a blind taste test which suggested most Americans preferred Pepsi to Coke by a margin of 53% to 47%. This was put down to Pepsi being sweeter than Coke as it contained more sugar. Secondly, Pepsi used aggressive celebrity endorsements from the likes of Michael Jackson and hip advertising music to position itself as ‘The choice of the new generation’.

The Danger of Market Research:

Coca-Cola decided to conduct market research to better understand consumers’ preferences. This indicated that “taste” was the main reason for the decline in Coke’s popularity. As a result they decided to develop a new formula which had more sugar than old Coke and Pepsi. They then conducted over 200,000 blind taste tests,  focus groups  and surveys to understand if consumers preferred New Coke over both old Coke and Pepsi.

The vast majority of participants in blind tasting tests, surveys and focus groups preferred New Coke to both regular Coke and Pepsi. A majority of respondents also indicated they would buy and drink it if it was Coca-Cola. However, some tasters did have reservations and said it would take some getting use to. Further, around 10-12% of tasters expressed anger and felt alienated. Some of them even said they might stop drinking Coke as a result of the change.

Executives also noticed that focus groups were sometimes overly influenced by the negative views of tasters who participated in them. This is a common characteristic of focus groups, but it also demonstrates the importance of peer pressure on attitudes and behaviour. For many brand managers the magnitude of negative response from tasters might have rung some alarm bells. However, survey respondents were generally less negative towards New Coke and  Coca-Cola executives decided to pay more attention to their views. This is a classic case of confirmation bias where we are prone to ignoring information that contradicts our opinions and we seek out data that confirms our  views.

On April 23rd, 1985, New Coke was launched with the expectation that it would reverse the fortunes of Coca-Cola. It had new packaging and old Coke was to be discontinued because they didn’t want to have two competing products at the same time. However, they anticipated this wouldn’t be a problem because they assumed consumers would be satisfied with the new formula and taste of New Coke.

This decision became the most costly marketing mistake ever as within a few days of original coke being withdrawn there was a huge backlash from both consumers and the media. The company received over 400,000 phone calls and letters of complaint from customers unhappy with the decision to replace old Coke.

So, what went wrong with the decision making at Coca-Cola?

A Brand Is More Than its Features:

Brands are more than a list of individual physical characteristics and so it is highly dangerous to focus on a single product attribute  (e.g. taste). Our brains respond to implicit/psychological goals such as reassurance and conformism that we associate with a brand. These implicit goals differentiate brands that may be very similar to each other in terms of physical characteristics.

Coca-Cola had been telling consumers that Coke was “it” and “the real thing” for many years. Now New Coke completely undermined this strategy by changing the formula and discontinuing old Coke. Little thought appeared to have been given to the attitudes of loyal customers and that they might prefer tradition and stability over novelty. In the USA in particular Coca-Cola has a strong symbolic meaning and is seen as a cultural icon by some consumers. This contributed to the sense of loss when old Coke was discontinued.

Beyond Reason Model of Implicit Motivations

The Beyond Reason model of implicit goals above has been developed from the latest psychological and neuroscience research. This identifies individual psychological motivators of brand purchase.

Conventional market research struggles to isolate these goals because it relies on direct questioning which generates a rational response from our slow, rational mind (see System 2). However, our attention is largely activated by our quick, intuitive brain (System 1). People don’t have full access to their psychological motivations and instead post-rationalise decisions when asked to explain a choice. This is why interpretation of market research is so difficult and also so important. 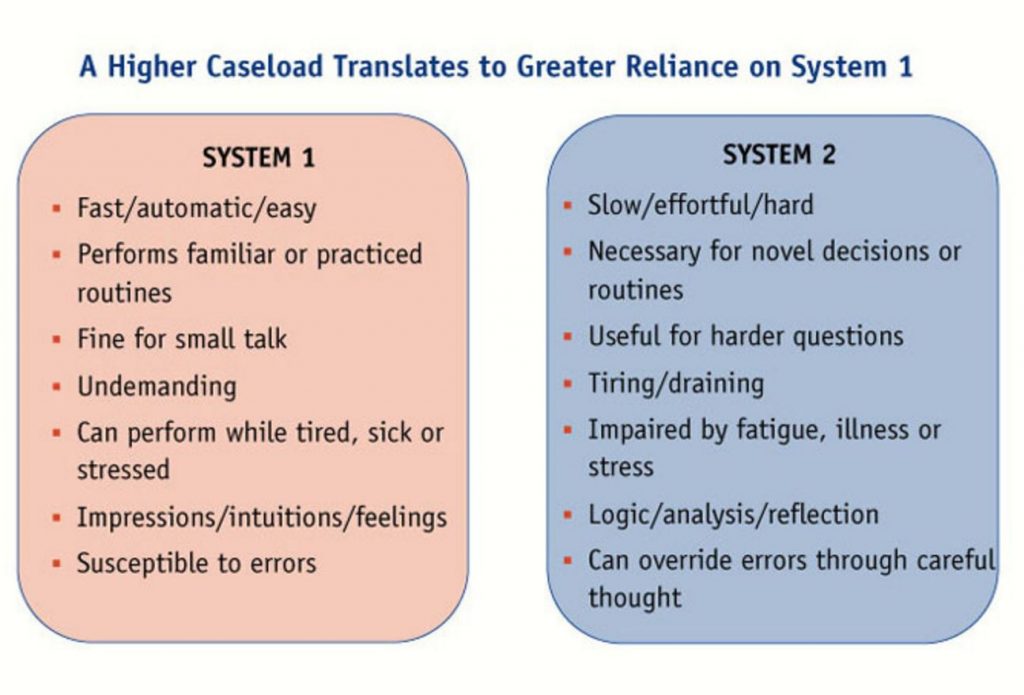 The blind taste test of course completely ignored the influence of brand perception as participants weren’t informed of the brand until after they had stated their preference. Indeed, a 2003 study using the implicit research technique fMRI found that the results of the Pepsi Challenge were reversed when respondents were shown the packaging of the product they were drinking.

What else was going on with Coke?

Despite being a strong brand, loyalty is largely driven by habit and availability. Coke lost the huge Burger King account to Pepsi and Pepsi’s “new generation” advertising campaign positioned Coke as old and boring. These factors are more likely to have contributed to Coke’s decline in its market share than the product’s taste.

Loss aversion is a strong motivator:

Psychological research has repeatedly shown that people are more concerned about avoiding a loss than making a gain. By withdrawing old Coke customers felt an emotional loss of a brand they had probably consumed since childhood. In addition, scarcity magnified this loss. When old Coke was withdrawn there were stories of people going around and buying up old stock and selling it on ebay for up to three times the normal price.

Coca-Cola was such an established and well-known brand that many loyal customers saw it as part of their identity. Conforming to your tribe or in-group is an important motivator of behaviour.  The market research ignored the importance of identification and herd instinct  with relation to brand loyalty.

The conscious mind is more receptive to new ideas:

The conscious mind automatically tries to post-rationalise  decisions after we have responded to underlying motivations that we are often not fully aware of.

The mere-exposure effect means that people associate familiarity with safety. People naturally prefer familiar brands because the mere-exposure effect increases our preference for a brand the more we are exposed to it. Coca-Cola was such a familiar brand to so many people that New Coke was always going to struggle to replace such a strong brand. People perceived them to be separate brands as old Coke was so entrenched in their psyche.

The decision may also have been partly due to groupthink. The CEO of Coke, Roberto Goizueta, formed a small committee of 5 coke officers and his PR consultant, Harold Burson. The danger with such a small team headed up by the CEO is that it would encourage conformity and discourage dissent.  This can lead to overconfidence in a small group. But also a lack of input from people outside of the committee would have narrowed how they framed the problem.

Due to a combination of confirmation bias and groupthink, Coca-Cola executives ignored the strongly negative feelings of a significant proportion of respondents. They dismissed 10-12% of tasters who were even prepared to stop drinking Coke as a result of the product change. The opinions of these alienated consumers should have been investigated further and not ignored. If this had been done the researchers might have uncovered many of the issues discussed above.  We suspect Executives had already made their minds up and so it suited them to ignore the negative feedback.

By relying on conventional market research Coke didn’t listen to the part of the brain that makes most of our decisions. However, the quantitative research was also poorly designed as it focused on a single physical product attribute. A decision of this magnitude should never rely on a single study using such a simplistic binary approach to market research.

To any experienced marketer it should have been obvious that a brand is more than a single physical characteristic and that correlation does not mean causation. Focus groups are a flawed method of research as they can easily be overly influenced by a single participant and force respondents to over-rationalise a subject in an environment that often lacks context. In this instance the results of the focus groups were ignored for exactly this reason, but no one thought to explore the potential for peer pressure to work against the brand when the new product was launched.

However, this unlikely blunder may support claims by author Constance Hays that the real reason behind New Coke was actually to save money. The New Coke formula would have saved Coke around $50 million a year as it replaced some the most expensive ingredients. Adding more sugar to Coke may have in fact been a cost saving strategy to boost profits rather than an attempt to improve the brand.

This would explain why the research solely focused on the taste of Coke as the CEO may have just wanted to justify a decision he had already made. This is not uncommon in business where market research is often used as a device to win political arguments or cover someone’s arse. So in this instance market research may have been used as a scapegoat for poor management decision making.

However, whatever the reason behind the decision, it was a disaster of epic proportions. In less than three months Coke had been re-branded Coca-Cola Classic and was back on the shelves. New Coke was also renamed a number of times until it was killed off in 2002. The whole sorry saga is a lesson to all companies not to try and fix a brand if it’s not broken.

Thank you for reading this post and please leave comments below because it helps with creating new and useful content.