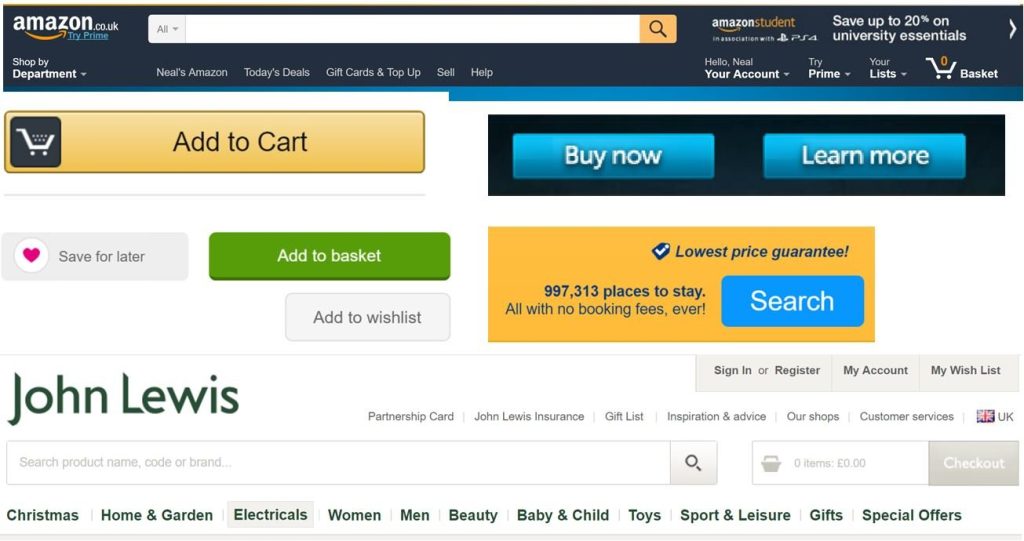 A web convention is an established design norm that web users have become accustomed to expect websites to follow. Web conventions help create a user’s cognitive schema so that they know where to expect to find certain kinds of information or functionality. This reduces cognitive load and improves browsing efficiency.

This homepage from Gymfactor.co.uk does not have the primary navigation at the top of the page as people have come to expect, but rather in the middle of the above the fold area. Apart from being confusing for visitors, it also makes the design look cluttered and up-side down. The logo is also not in the top left-hand corner which is another strong web convention.

Where web conventions are not followed this can disrupt information search and confuse users because the website design does not conform to expectations set by their cognitive schema. Below are seven web conventions that if broken are likely to have a negative effect on the customer experience and may also reduce your conversion rate.

How confusing is this? The website partycasino.com uses a pink font for links. Together with the low contrast text the use of the colour pink for links is distracting and rings alarm bells in the user’s brain. The pink looks like red on a saturated dark blue background.

Web conventions are the social norms and traditions of the web. You wouldn’t break real-world social norms in a business situation and so don’t do it on the web either. They provide a sense of familiarity to users who have never visited a site and this means a site can benefit from the mere exposure effect. People prefer environments that conform to their expectations and  this helps to improve your conversion rate because users are more likely to convert if they feel at ease. Breaking web conventions increases cognitive load which often reduces conversions.