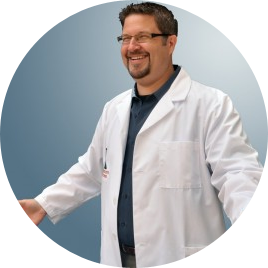 Authority is one of Robert Cialdini’s 6 principles of persuasion from his book Influence. People respect authority; they take advice from experts, and are influenced by business titles, expensive clothing and even luxury cars. Even the appearance of authority often increases the likelihood that people will adhere to advice or requests.

Brain Massey (see above), from Conversion Sciences, uses a white coat to project an image of expertise. Many companies now use white papers and guides to demonstrate their knowledge on a subject to improve their conversion rate.  Awards and testimonials are a powerful way of communicating authority and should be used as part of a conversion rate optimisation strategy.

Authority can come from a number of sources including:

Authority can be a powerful form of influence because people will often respond to directions from someone in authority without even thinking.  This is because of our brain’s over-reliance on System 1. This is our fast, automatic mind which makes most of our daily decisions. However, ensure you provide clear evidence of your authority and be careful not to over-claim as this can backfire if customers believe you are misleading them.

By continuing to use the site, you agree to the use of cookies. more information