There is a perception that decision making in financial services (FS) is far more rational than with fast moving consumer goods. FS products have more long-term consequences. Decision making is emotional and impulsive. This view is strongly held among FS professionals but is there any evidence to support this perception?

This view about decision making is sometimes supported by The Consumer Involvement Theory. The theory suggests FS purchases fall into the high involvement and rational segment of the model. This is due to the relatively high cost of FS products and purchases are more about logic and less about emotion. You don’t buy a pension everyday and so decision making must be more methodical.

But what does the evidence from experiments in behavioural economics and neuroscience indicate about rational decision making in the face of risk and uncertainty? Are consumers’ really discreet, self-determining individuals who make considered, rational decisions?

This view increasingly looks misguided and is probably a fallacy created by our own minds to make us feel in control of our behaviour. As Mark Earls points out in his book Herd:

“Our failure to acknowledge the truth about human nature distorts our attempts to understand human behaviour and frustrates our attempts to change it. Bad theory = Bad Plan = Ineffective action.” Mark Earls on Stephen Pinker, Herd

Insight identified from behavioural economists challenge many of the basic assumptions of traditional economics and related theories of decision making. Some of the Key insights are:

“Our comforting conviction that the world makes sense rests on a secure foundation: our almost unlimited ability to ignore our ignorance.” Daniel Kahneman, Thinking, fast and slow

“You have to understand the rules of interaction. The accepted behaviours and rules of thumb of the individuals whose interaction generates the complexity of behaviour that you are studying. These will shape the outcome of interactions.“ Mark Earls, Herd

People Care About Others

We Think Of a Reason After The Event

So what specifically does behavioural economics have to say about FS decision making? Risk and uncertainty is at the heart of Daniel Kahneman and Amos Tversky’s Prospect theory. Three cognitive principles form the basis of the theory:

Loss aversion is key to understanding how people perceive financial services, and gambling of course. Extensive research estimates the psychological value of losses and gains. These studies have identified a loss aversion ratio of between 1.5 and 2.5. This means that a loss that is identical in money terms to a gain is up to 2.5 times more than the gain.

Interestingly, professional risk takers such as fund managers and full-time gamblers are more tolerant of losses. This may be because they are less emotionally aroused than the amateur investor. Loss aversion leads to predictable behaviours.

“Loss aversion is a powerful conservative force that favors minimal changes from the status quo in the lives of both institutions and individuals.” Daniel Kahneman, Thinking, fast and slow.

THE POSSIBILITY AND CERTAINTY EFFECTS:

“When the top prize is very large, ticket buyers appear indifferent to the fact that their chance of winning is minuscule.” Daniel Khaneman, Thinking, fast and slow

WHY DO FS MANAGEMENT BELIEVE IN RATIONAL CONSUMERS?

I observed an example of this when I worked for a large UK life assurance company. We developed a Guaranteed Capital Bond that protected your initial investment and provided some limited potential to benefit from any rise in the stock market. It researched well, but the CEO (who was an actuary) thought it wouldn’t sell. It didn’t offer enough upside potential if the stock market grew strongly. The Director of Sales & Marketing (a sales person) was supportive of the launch because he understood how loss averse people can be. I don’t need to say who won the argument when it went on sale.

I could write a whole post on the implication for market research arising from the above insights. Instead I would like to finish with just a few suggestions for consideration:

“Yes, they (Focus groups) can reveal powerful insights in the hands of a great researcher. But all too often they are just the lazy default of unquestioning research buyers and produce little or no insight on the subject at hand.” John Kearon, BrainJuicer

Understand The ‘how-mechanic’ Of Groups Of Consumers

“By examining the interactions and behaviours that a particular group of people has. It is possible to identify the underlying rules that drive it.” Mark Earls, Herd 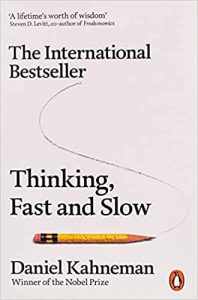 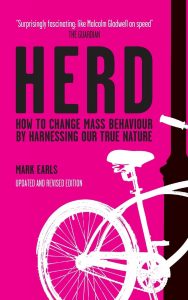