As a greater proportion of sales move online the use of A/B testing tools is likely to increase as more organisations see the value in conversion rate optimisation (CRO).  I’m a self-taught developer, and worked my way to running the Product team at Webtrends Optimize and sitting on the board of directors. I’ve worked at agencies and run my own too, in my ~8 years in CRO. As part of my role, I need to understand the landscape of AB Testing tools better than the average user.

There are a lot of A/B testing  tools, and let’s be honest – keeping track of what each of them have been upto can feel like a job in itself. Thankfully for you, it’s my job – here’s what I’ve seen. This post looks at their trajectory on G2.com, and possible reasons for it.

For the uninitiated – G2.com is a review site that holds heaps of reviews for countless tech vendors. They have an AB Testing Tools section, with an easy-to-interpret grid which measures market presence and satisfaction scores.

There’s a lot to be interpreted from G2 scores. While one review in isolation means very little, dozens are certainly meaningful. Often, user feedback is the fastest way to take a pulse of the situation with a company, and so whether positive or negative, you’ll see where they’re heading faster than feelings that reach the wider public.

The All segment is the general, aggregated view of how A/B testing tool vendors are doing. Looking at the video above, there are a few key things to point out, when monitoring the key vendors.

Optimizely: Once considered the leader in the AB Testing space, Optimizely has dropped both in Market Presence and Satisfaction and left the Leaders section of G2 – now being considered a Contender.

There are numerous reasons for this – most notably the changes in their practise since their Series D fundraising round. Part of this deal was to bring the global services consultancy Accenture on as a partner – something which has had a knock-on effect for even long-term agency partners.

Alongside was a move in billing units from Unique Visitors to Impressions, which has seen several customers have drastically increased pricing.

Finally, the abundance of alternative tools increasing in popularity (see below) has likely seen Optimizely plateau for the time being – perhaps until they make a sizeable shift in the practices mentioned above.

Adobe Target: This has seen a margin decrease in market presence and satisfaction – of the same direction as Optimizely but a lesser magnitude.

Satisfaction has always been a challenge for Target – it’s one of the worst-rated tools on the grid at (now) under 10%. However, the declining market presence may well be an interesting thing for the landscape as a whole.

Target was billed as a key component of the Adobe Marketing Cloud, but a decline in presence may well mean users are moving to specialist/dedicated toolsets. For the industry, we view this as hugely beneficial – no one company (even Google) gets to do everything perfectly, and dedicated tooling is preferred when integrations are seamless.

VWO: VWO seems to have had a good few months – seeing an increase in both satisfaction and market presence. It should be noted that this is a difficult thing to achieve – we more commonly see growing tools suffer in satisfaction as resources are focused on selling more than service.

Their ability to have a very linear pricing model overseas is likely one of the reasons for growth and satisfaction – whilst it’s not considered to be the most competent tool, “cheap and cheerful” is certainly also a great thing.

Webtrends Optimize: WTO has seen one the more positive trajectories of growth on G2, with a sizeable increase in market presence and satisfaction, and from a tool which is still run as privately-owned. Rated as the top tool for satisfaction (after GA, but no that doesn’t count!) is an important feat regardless of market presence.

Being half a square from being a Leader will likely see the recognition in 1-2 months time at this rate of progression. There are a few important reasons for this movement during the Covid crisis:

With a combination of their toolset (Full Stack, Social Proofing, Recommendations) etc. and the current price-point, continued growth seems likely. As mentioned above, maintaining satisfaction during growth is a challenge, and one to keep an eye on.

Not huge movement for AB Tasty so far, but it seems change in the near future is likely:

By running their Series C round, they seem to be focusing on the same market Optimizely was stepping away from – partnerships. Often viewed as the biggest reason Optimizely saw the success they did, this focus on partnerships is likely to see their business continue to grow. That is, of course, if managed well – we’ve seen other companies in CRO see large cash injections and start to suffer under the needs to provide a return.

Honourable (or not!) mentions:

Only three platforms made notable changes in direction – most have been marginal:

These consider Small and Enterprise – demographics which do not apply to most of the companies reading this post! If you’re interested, I’ll let you watch and analyse them yourself.

Changes in reviews among small organisation are shown here:

4. A time for change in AB Testing Tools:

We appear to have entered what I’d call a 3rd wave in AB Testing Tools. The first was about 10-15 years ago, with the tools that established the market (Webtrends Optimize, Maxymiser, SiteSpect etc.). A revolution then occurred about 6-7 years ago where tools such as VWO and Optimizely became well-known for WYSIWYG capabilities, and opened the door to DIY (self-serve) testing.

Along with that came an agency boom in usage, with that knowledge no longer being siloed in organisations which often offered services too. With so many capable users now, the current landscape seems to penalise price and/or poor service, seeing the decline of certain tools but the growth of tools like Google Optimize and Webtrends Optimize (both have fully free-tiers) and VWO (quite affordable).

As for a fourth-wave – we seem to be at the start of an AI revolution, with more tools considering it’s adoption into their processes. There may well be a time where an outstanding AI-driven tool once again begins to sweep up the market who are looking towards being cutting-edge with their technology choices. 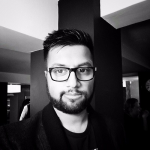 About the author: Sandeep has been in CRO since 2012, working various technical roles including Solutions Engineer, Cloud Architect, Engineering Director, Presales Director and Product Director.

He has built 1000+ AB Testing and Personalisation projects during this time, and his teams have built countless more. His experience spans multiple sectors (Finance, Retail, Travel, Government, Services, etc.) and he has built global partnerships with the CRO community. Today, he runs the Product and Presales teams at Webtrends Optimize, and also sits on the board as a Director.

He has appeared on #THEBIGLIFT podcast, and also spoken at Conversion Jam 2019 at both Stockholm and Oslo. If you wish to get in touch with him, you can do so at sandeep.shah@webtrends-optimize.com or via Linkedin.